It might have been a long while since I've posted anything, so when I post something it definitely has to be important.  A war between the coming darkness and its ability to drown the light of our humanity.

To win this battle, one must light all of the things.

I have two Ikea Detolf display cases that house a majority of my anime figures, and the issue with the Detolf is installing some sort of lighting to illuminate everything inside of it.  Since the outside is made of glass, and the shelves are made of glass, this makes things very difficult.

So, I ran LEDs on each of the shelves, ran a power cable up the side, and called it a day.

Unfortunately, the connections weren't the most stable or consistent things imaginable.

So, the problems came from the connectors I used to route power.  The main power cable has four crimped T-connectors that branch of 12V power to the shelves and the top of the display case.  Due to the nature of the connector, this is a weak point as the conductor on the connector must pass through the insulation of the wires it is crimping.

The more major issue is that the LEDs on the shelves were those crappy pressure connectors that you see used on all the LED strips.  Good in theory, but a guaranteed way to watch your LEDs flicker out of the corner of your eye.

The two combined meant that there were going to be issues.  I couldn't remove the shelves to clean out the case.  I couldn't guarantee a consistent connection to the 12V power brick.  It needed some tender love and care.

After cleaning off the shelves and getting everything back into the display case, I knew I'd need to do more.

Okay, I might've gone a bit overboard.  I opened up KiCAD and designed a splitter using a two-layer PCB.  I placed three 2-pin 2.54mm screw connectors on it, and made sure that there were two holes that you could route a zip tie through to secure it to the display case.

This means (1) you get a very secure and stable connection at each shelf, and (2) you don't need to break out your soldering iron for any craziness (other than soldering the screw terminals into the PCB).  The only other issue to consider is keeping the PCB from shorting out on the metal rails of the display case: something like electrical tape or insulating foam stripping will fix that issue right up.

Unfortunately, I'm waiting on the PCB folks to verify my design and let me pay for the privilege.  It'll come out to around $5 per connection, but will make things much, much easier when I need to build out my next display cases.

This one will probably take a long while, and not even close to needed, but the links between the LED strips on each shelf is also one of those pressure connectors.  I may end up designing a PCB for those as well, or just remove the plastic clips on each shelf and solder directly to the copper pads on each (probably the latter).

Now that I think about it, I might just do that when I pull everything out to install the splitters.

Honestly, I'm hoping to take measurements and at least put the PCB design out there for people who want to do something like this in the future.  It's not difficult, and can really make your figures (or anything else in the display cases) stand out.

Plus, you've already spent a ton of money on them, might as well go that next step. 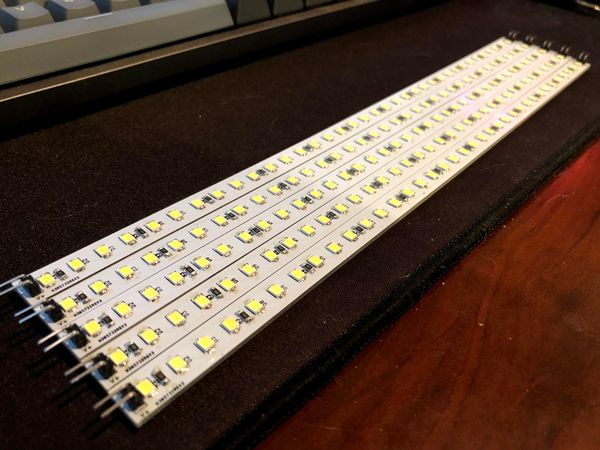 So, the PCB strips finally arrived, and they turned out very well.  My initial design seemed pretty solid until I realized that I had packed about 2.5x as many 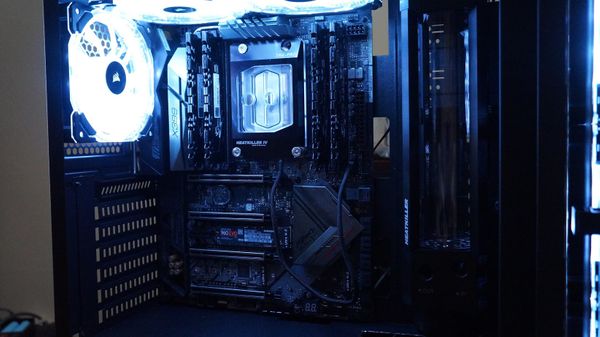 What happens when you let a guy who likes building computers loose on a cheap-ish case from a company he's never heard of?